The Chicago Litter
Puppies arrived on 12/15/15! There are three girls and two boys, pictured below. Litter is CEA clear by parentage. MDR1 status shown with each puppy. The puppies from this litter have all been placed.

Three puppies from this litter are really showing their prowess in the show ring.
- Adele (previously Sunshine) has multiple Best Puppy in Shows (I believe 9 to date) and a couple Reserve Best Puppy in Shows. She also already has a Reserve Best in Show as an "adult" in UKC from the 6-9 month class.
- Flynn received a Best Rare Breed Puppy in Show in IABCA and finished his UKC conformation championship title at 7 months.
- Dazzle won his class in both sweeps and the regular show at the Silken national specialty show (Silkenfest) and was in consideration for Best in Sweeps. He also has a reserve Best Puppy in Show in UKC. He only needs one more win to complete his UKC conformation championship title.

Two of the puppies, Cricket (previously Roxie) and Varly (previously Jazz) are playing the important role of companions with their owners and doing their best at it. Varly is in training to be a Therapy Dog. 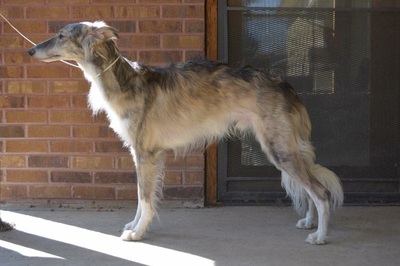 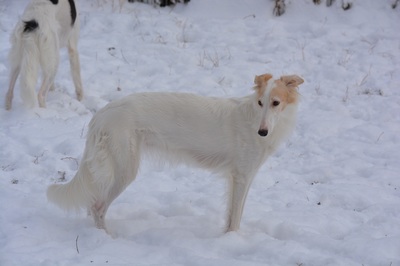 Girl #2 Broadway's All That Jazz aka Jazz MDR1 carrier
Living in Denver. Now known as Varly.

Boy #1 Broadway's All I Care About aka Flynn MDR1 clear
Living in Missouri.